NUK processes information about your visit on this website by using cookies and other technologies. This data allows us to improve the performance of the website, facilitate the sharing of information on social networks and offer personalized advertising based on your interests. For these cookies and technologies, we ask for your consent. You can edit them via the "Individual cookie settings" button. If you reject them, we limit ourselves to the essential cookies and technologies that are necessary for visiting this website. Therefore, the display of personalized content is not possible. You can find more information in our privacy policy.

Privacy Protection Imprint
It seems you are using an unsupported browser. Please update your browser to Chrome or Firefox for the complete NUK website experience. ✕
Sorry we're shut, we're working away to be back soon 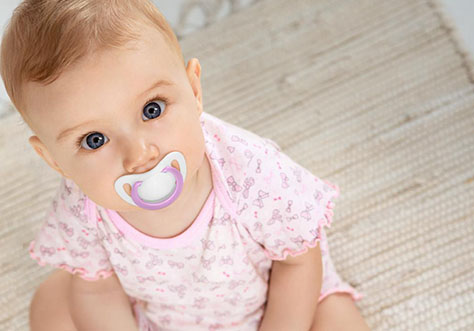 Your baby will now consciously and intentionally grab at anything coming his way. Mummy’s nose, Grandpa’s glasses and jacket buttons: your baby will investigate them all with huge concentration using his hands, eyes but especially his mouth. Sometimes a single item will occupy his attention for minutes at a time.

At about six months there is another developmental breakthrough: the appearance of the lower incisors. This is a clear indication at last that your child is growing up and needs solids as well as milk.

At about the same time, your baby will begin to understand speech. He already knows a lot of words designating the things, people and situations in his immediate environment. This includes Mummy, his own name, but also an emphatic “yes” or “no”.

Rolling, crawling, creeping, scooting: Your child is developing adventurous ways of moving, so as to get close to things that were previously out of reach. So be careful, for example, when changing your baby’s nappy. You can’t just put baby down whilst you go and fetch a new romper suit any more.

But with the thrilling discovery that there is a world beyond Mummy and Daddy come the beginnings of separation anxiety at 6 to 9 months. During this so-called stranger anxiety phase, your child will want to reassure himself of the support that you are providing and which he needs for his explorations.

Your child’s development is progressing apace: she’s learning to walk! First, she carefully pulls herself up, then stands on her own feet - and before you've had a chance to draw breath, she's off. So watch out! Exactly when she braves that first step varies hugely from child to child. 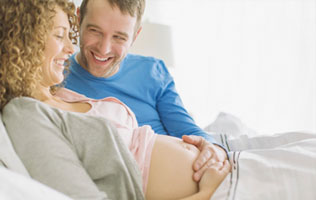 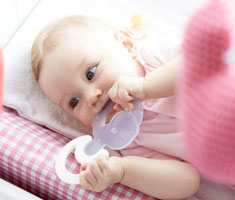 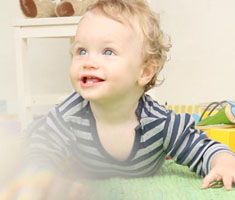 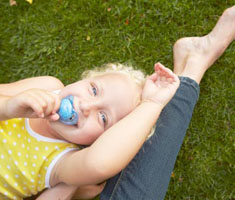